‘Dark Wine’ was unlike any other vampire novel that I’ve read, mainly in the genre of the Twilight Saga (sorry! But comparisons are bound to be made!), or tried to read. ‘Dark Wine’ was refreshingly different; a bit like comparing a hormonal teenager (Twilight saga) to a mature and sensuous adult (Dark Wine).
Catherine, married to Terry, gives everything up back home in America to support her husband in following his artistic dream in Egypt. While her husband finalises contracts and details for his great work of art, Catherine finds herself alone and lonely in her sightseeing exploration of Cairo.
We are introduced to the handsome, but very mysterious Geoffrey Harrow, Catherine finds herself drawn to Geoffrey, falling rapidly under his spell, and deeply in love with him, and he with her.
Initially, the move, the introduction to Geoffrey, and the ‘will they, won’t they plot’, after its initial excitement does drag on for just a little too long – however, just as I was beginning to lose interest, the couple give in to their suppressed feelings and begin a passionate and obsessive love affair. The story takes a more sinister turn. as Geoffrey is revealed as a vampire, and Catherine as the prey he beomes obsessed with, an obsession matched by hers for him.
The second half of the book certainly stepped up its pace and became a real page turner to find out what was to become of the pair.
The vicious twist in the final few pages is as heart rending as it is unexpected. 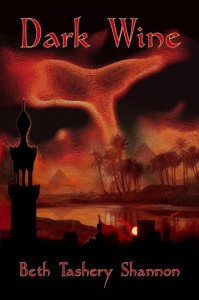